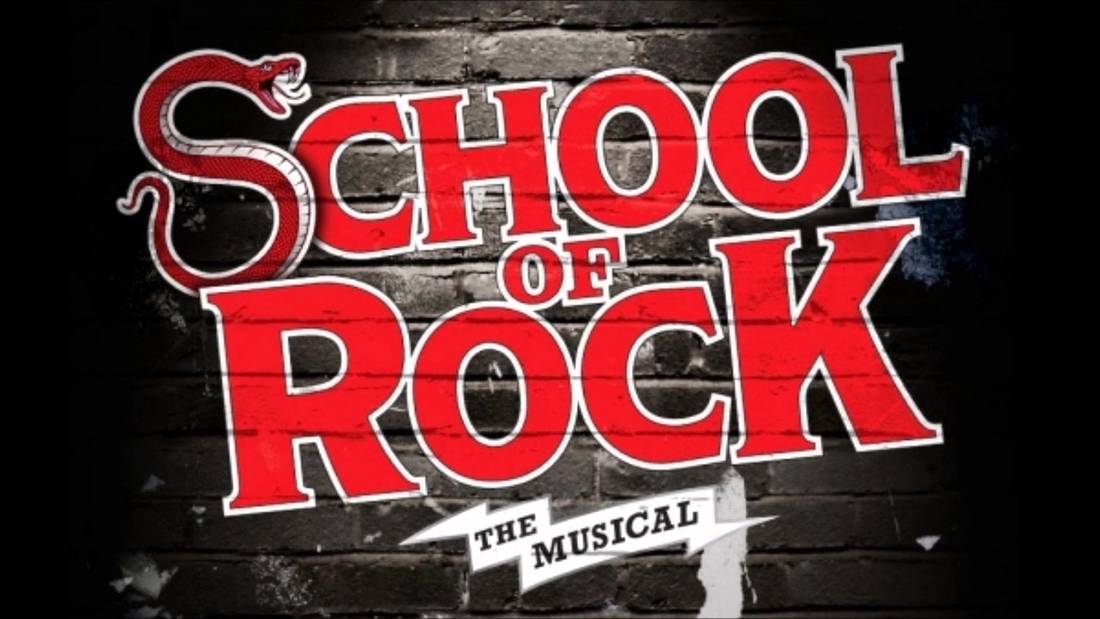 Based on the Paramount movie by Mike White
Book by Julian Fellowes
Lyrics by Glenn Slater
New Music by Andrew Lloyd Webber
Rock got no reason, rock got no rhyme…You better get me to school on time! School of Rock is a two-hour, two-act musical (plus intermission), based on the hit movie. The tuner follows Dewey Finn, a failed, wannabe rock star who decides to earn an extra bit of cash by posing as a supply teacher at a prestigious prep school. There he turns a class of straight–A pupils into a guitar-shredding, bass-slapping, mind-blowing rock band. But can he get them to the Battle of the Bands without their parents and the school’s headmistress finding out?
The stage musical on Broadway and in the West End is produced by Andrew Lloyd Webber, who has also composed 14 new songs for the show, which additionally features all of the original songs from the movie. The composer’s numbers “You’re in the Band” and “Stick it to the Man” are well on their way to becoming rock solid standards, while the finale with “Teacher’s Pet” brings audiences to their feet, eight shows a week.

We are ecstatic to be offering the *NEW* opportunity for our summer youth cast to perform a full-length (not Junior) production with a live pit band of professional musicians! Live music is something Sudbrink Academy (especially Jacob!) is passionate about. We are eager for the opportunity for our next summer cast to rise up to this new challenge and better prepare them for future opportunities working with live musicians.
In addition to the professional band, 5 of the youth actors (under age 19) are required to play instruments onstage. More details on that below.

COMMENTS
Teachers, parents and other characters may be doubled as it is performed on Broadway.
Although there are 44 named roles, we will likely cast about 15 actors to play adult roles (approximate ages 12-18), and 13 to play the classroom kids (approximate ages 10-15). Exact numbers may change without notice. Age ranges are an estimate, not a rule. How old you LOOK will play into it more than how old you are.
*To be considered for one of these 5 roles, your audition will include extra time to play the character's corresponding instrument. It is REQUIRED these characters play live, per the contract of the show. There is NOT an option to fake it. Contact us if you would like more information on the instrument parts. hello@sudbrinkacademy.com